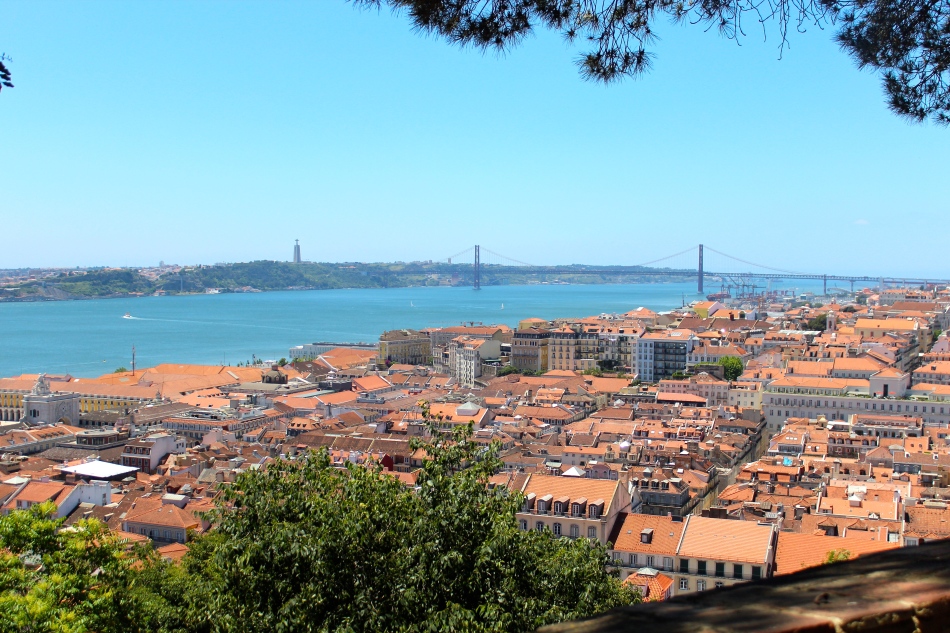 2015 definitely was a good food year for me, in part due to my visit to Lisbon; I really am bemused by the fact more people don’t rave about this city and its food scene (it’s so cheap compared to its Western  European counterparts).

A shout out to the people of Lisbon too, who are understatedly cool, warm and just make you fall in love with the city even more; loads of people speak almost perfect English, which was a help, as the best Portuguese I could muster up was obrigada!

Right, here’s a round up of my short stay in Lisbon (to see all my hotspots in a neat little space, scroll all the way down to my Lisbon map)

I tend to like to stay in holiday serviced apartments – you have the privacy and space of a private home yet access to some of the benefits of a hotel. I had initially wanted to stay at Baixa House but it was fully booked. After a LONG search, I eventually I stumbled upon Flattered Apartments, who have serviced apartments in a couple of locations across Portugal (Lisbon, Porto and Tomar) and booked one in Lisbon. Modern, stylish and very affordable, read more about it here.

Most of our time was spent eating and generally chilling out. Had we had a bit more time, I would have been keen to check out the beaches in Cascais and the town of Sintra, which from pictures looks like a Disney Land for adults. We did visit MuDe on Rua Augusta, which was like a cool, history tour of design and fashion from the 20th century to present date and I would highly recommend.

Another slightly cultural day was spent in the hills of Afalma, the oldest part of Lisbon, where we visited the Castelo de São Jorge and had an amazing view of the city.

We ate really well in Lisbon, I literally didn’t have one disappointing meal even in restaurants we stumbled upon like Pousada de Lisboa; we had some awesome prawns and black cuttlefish on the terrace of this boutique hotel’s restaurant. It’s not far from the Design museum and other galleries / museums, if you want to do something cultural before or after eating.

We arrived  Thursday and on our first night, we had dinner at Duplex, in Cais do Sodré which is meant to be quite a hip area but it’s still pretty rough around the edges. We had a sublime risotto, ravioli and really tasty cocktails here.

During the day on Friday, we picked up some delicious gelato from the famous Santini in Chiado (worth the wait). In the evening, we dined at trendy Bastardos, housed in the Internacional Design Hotel, in Lisbon’s centre, where we had some very good sardines.  A  cool, laid back setting and purse friendly too – I’m struggling to find anything to complain about, so if pushed, I’d say the lighting is a bit too bright for evening dining but as you can see, that’s really just clutching at straws.

Saturday was a José Avillez day – an incredible lunch was had at his 2 Michelin Star restaurant Belcanto  (read more here) and a great dinner at his hip new gastrobar Mini Bar (read more here), both in Chiado.

On Sunday, we had some nice appetisers and pretty good pizza at another one of José’s restaurants (obsessed much?), Pizzaria Lisboa in the late afternoon.

Then we headed up to the rooftop PARK, in Barrio Alto for some drinks; great views of the city but the vibe is a bit douchey. When the sun set,  we moved on to cool wine bar, By The Wine, where we ate a tonne of cheese and drank a fair bit of wine.

On Monday, we had lunch at Sea Me, which was the least good meal we had a Lisbon – I’m all for letting good produce shine without overseasoning it but my fish dish was a bit bland and the vegetables overcooked BUT the waiters were really cool and lovely, so that was a plus.

You can’t visit Lisbon without trying a ‘Pastel de Nata’ aka the custard tart. Luckily, Manteigaria was a few doors down from Sea Me, so I picked mine up from there. I believe it’s tradition to eat two – one would simply be rude.  Make sure to get the cinnamon and sugar sachets too. If you go to the Belém Tower, here you can find what I believe is the oldest custard tart cafe in Lisbon and they are meant to be brilliant – don’t go during peak tourist hours because there are long queues, though you can bypass this and take a seat in the cafe which would mean a quicker custard tart serving. Happy days.

Our last pit stop was at the Timeout Mercado da Ribeira – this is essentially a big indoor food market, where a number of Lisbon’s most popular restaurants have a stall, serving up a limited menu. I didn’t actually eat here but my sister picked up another ice cream from Santini, who have an outlet here; it had stands from a few restaurants I had come across in my research, so I would recommend going, especially if maybe you want to try a few different things from different vendors but have the convenience of eating it in one place.

Also in the Mercado da Ribeira, there are some nice non foodie stalls; here, you can find A Vida Portugesa, a really charming shop, selling notebooks, candles and a bunch of interesting bits and pieces, I had wanted to visit the main store but didn’t have time, so was pleased to get a little taste of it at the Mercado – I ended up buying some lovely candles from here.

I loved Lisbon and will certainly be heading back to this gorgeous city. Rich in culture, vibrant, with an excellent food scene to boot, Lisbon is a fantastic and very affordable option for a Western European city break. Pack your bags already.