A good friend of mine is getting married and some friends and I organised a surprise hen do for her in Budapest. No willy headgear, just good clean fun!

Trawling through the internet for holiday apartments in Budapest, I eventually hit upon Hip Homes Hungary and goodness me am I glad I did! What I like about HHH is that it feels like a well curated list of luxury apartments. I stayed at the Citypark apartment but I’m confident had I stayed at any of the other properties, they too would have been equally impressive. Dorka, our host, was  fantastic and made the whole process easy and enjoyable; she even gave us a phone to use during our stay.

Our Citypark  apartment was gorgeous. Everything had been perfectly thought out from a design perspective e.g the window shutters were constructed in a way that made them appear to be a part of the window frames– aesthetically pleasing as well as allowing maximum light into the flat during the day. All the mod cons were at your disposal. 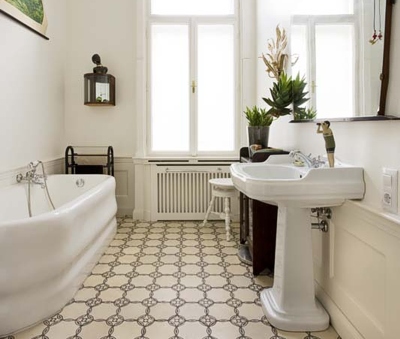 It’s a given that when I return to Budapest, I shall be employing the services of Hip Homes Hungary again; I just wished they had outposts all around the world and that way I would be guaranteed both a great apartment and 5 star service. There is a minimum night stay of 4 nights but the cost is incongruously affordable.

We actually ate in a lot because we all like cooking and the lovely open plan kitchen was begging to be used. We went to a nice restaurant (though a dreadful hangover hampers me from remembering the details!) one eve called Menza that had a retro vibe to it, which is intentional I guess, as the name Menza apparently refers to the canteens from the socialist era. I would love to explore the food scene next time I’m in Budapest. 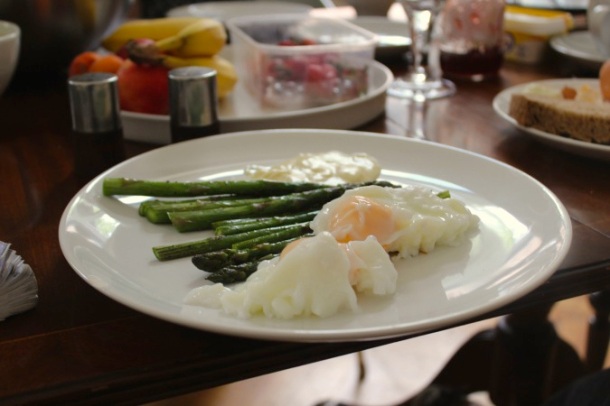 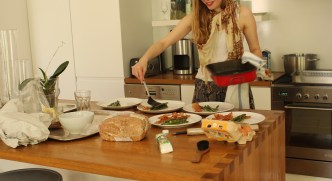 The poor bride to be had hurt her foot quite badly, so we bought her a walking stick…

thus, we couldn’t really explore the city on foot a great deal, so we did a lot of relaxing in the public baths instead. Széchenyi  was a short walk from our apartment (the biggest public bath with outdoor pools) –  I thought this was fun but actually preferred Gellert, most probably because of the Art Nouveau building it is housed in  (I’m a sucker for aesthetics).

We also had a wander around the Great Market Hall on Vámház boulevard where we bought lots of fruit and veg for the flat and some Hungarian pastries. 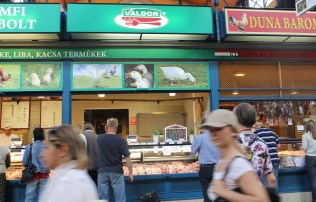 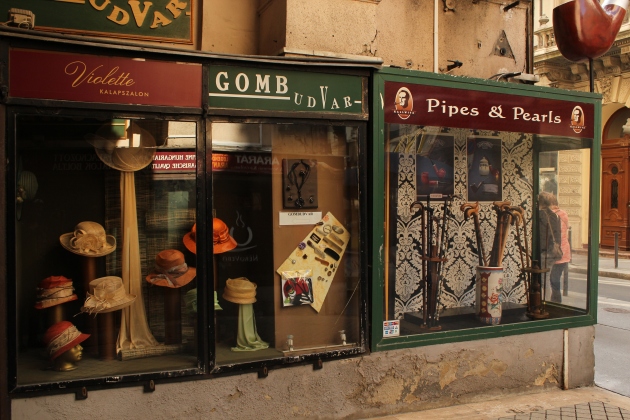 One of our few excursions was to Castle Hill in Buda, which I really enjoyed. 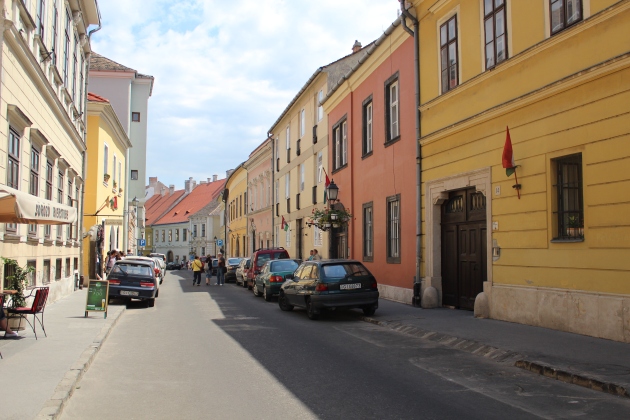 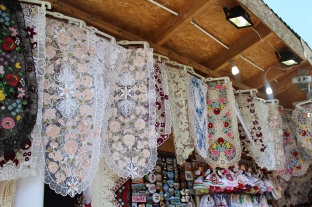 Went to a few bars and pubs near our apartment in Varosligeti Fasor.

Budapest is famous for its ‘ruin pubs’, we checked out one of the most famous ones, Fogasház, which was quite fun from the little I recollect (too much booze!). 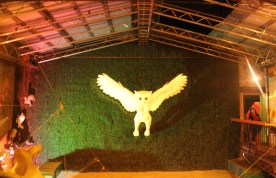 A relaxing getaway – I would like to revisit Budapest and have a more ‘cultural’ visit. And, party some more.