I’m a South West Londoner for my sins and no fun stuff ever happens in my endz (not that I’m aware of at least). Power of Summer at Battersea Power Station is a rarity in that respect and combines everything that makes me tick: food, film and fashion (the latter unofficially). Films by Everyman Cinema and food by Street Feast London with nifty dressers as a by product

We had a little surprise do for my friend’s birthday on Saturday. It was a smoking hot day as we strolled through Battersea Park to get to BPS. We bought unreserved seating tickets for £17.50 which gained us access to the film and venue (entry is free before 6pm in the week, £4 in advance / £5 on the door)

As soon as you walk in, you are confronted with food from the good folk at Street Feast London. Lots of vendors including Miss P’s Barbecue and Le Bun have set up camp for the summer. As soon as my eyes caught the duck roll at Le Bun it was game over. Love at first sight some may say.

I did the rounds though and there were other pods that looked good like Yum Jungle;  in fact I think I may actually check it out next time I come.

My attempts to give the other stalls a chance of tantalising my taste buds were futile. I’m a duck fiend, so this was always going to be a biased affair. I made my way round to Le Bun once more and ordered the duck roll which was basically a heart attack in a bun:

The pulled confit duck was melt in your mouth delicious.You’d think the combination of bearnaise sauce, duck sauce and champagne slaw would be a bit too rich and sickly but it is perfectly balanced and the crispiness of the straw frites against the soft yet taut bun was incroyable.

It also got me thinking with the plethora of burger joints around, how has duck not been more of a feature?! Anyway, the dudes at Le Bun were super dooper friendly and are definitely going to be making waves in the food scene (they won the food category of  Samsung’s Launching People project). I’m a instant fan and will be frequenting them as and when I can. They have a stall at BPH for the duration of the Power of Summer, so def check them out.

There were all sorts of styled out chicks. Most sporting the ubiquitous birkenstock sandal 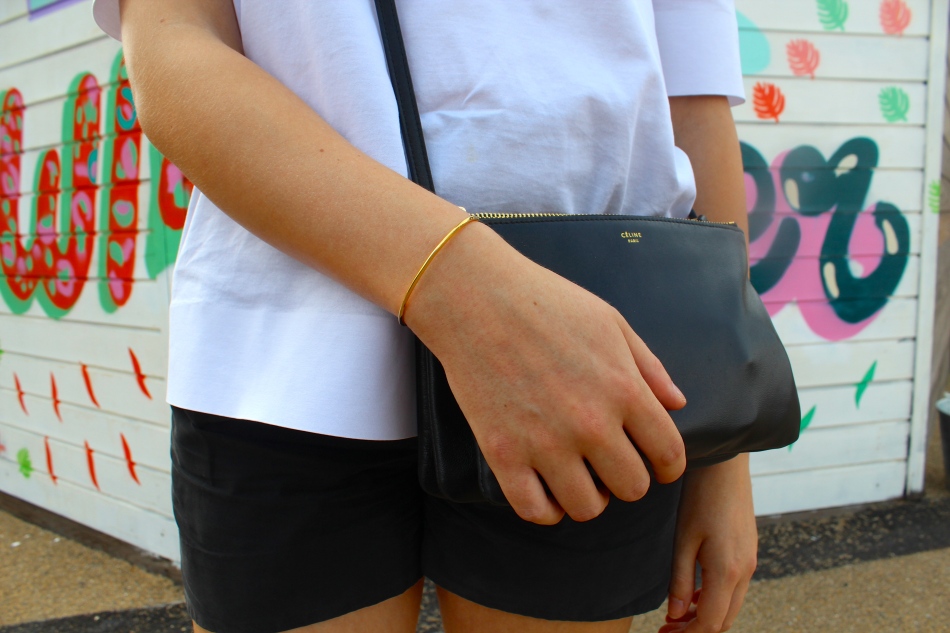 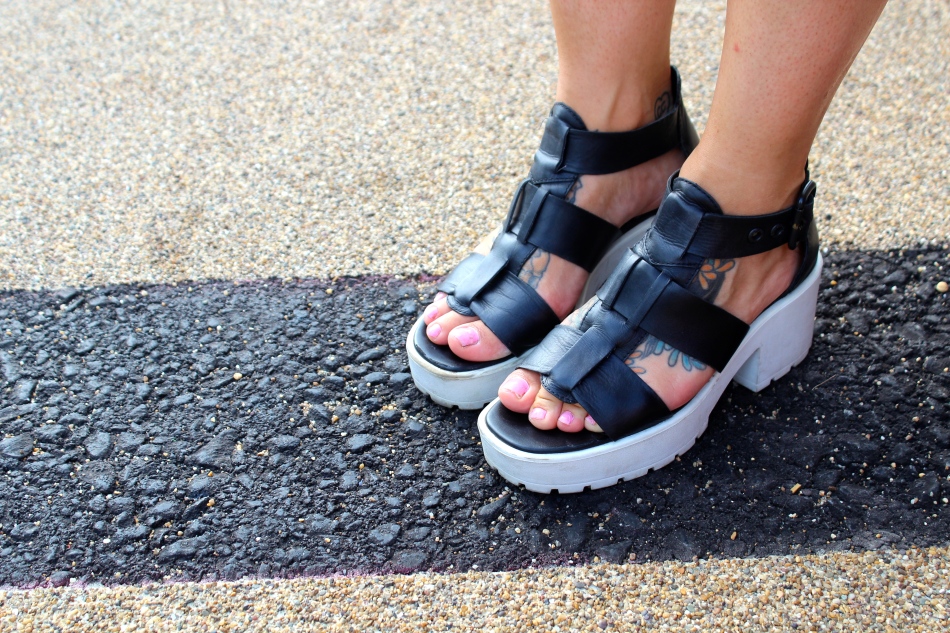 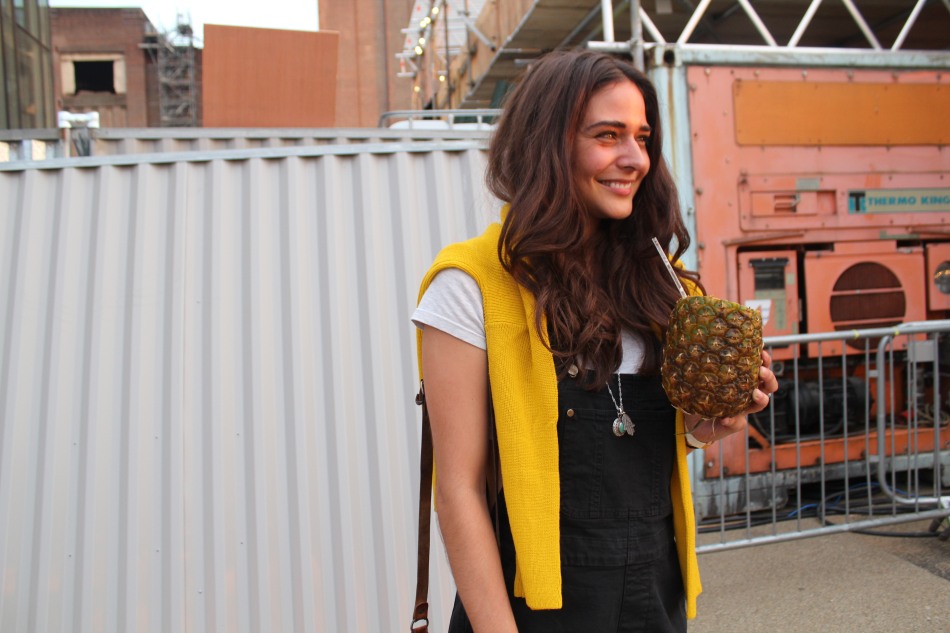 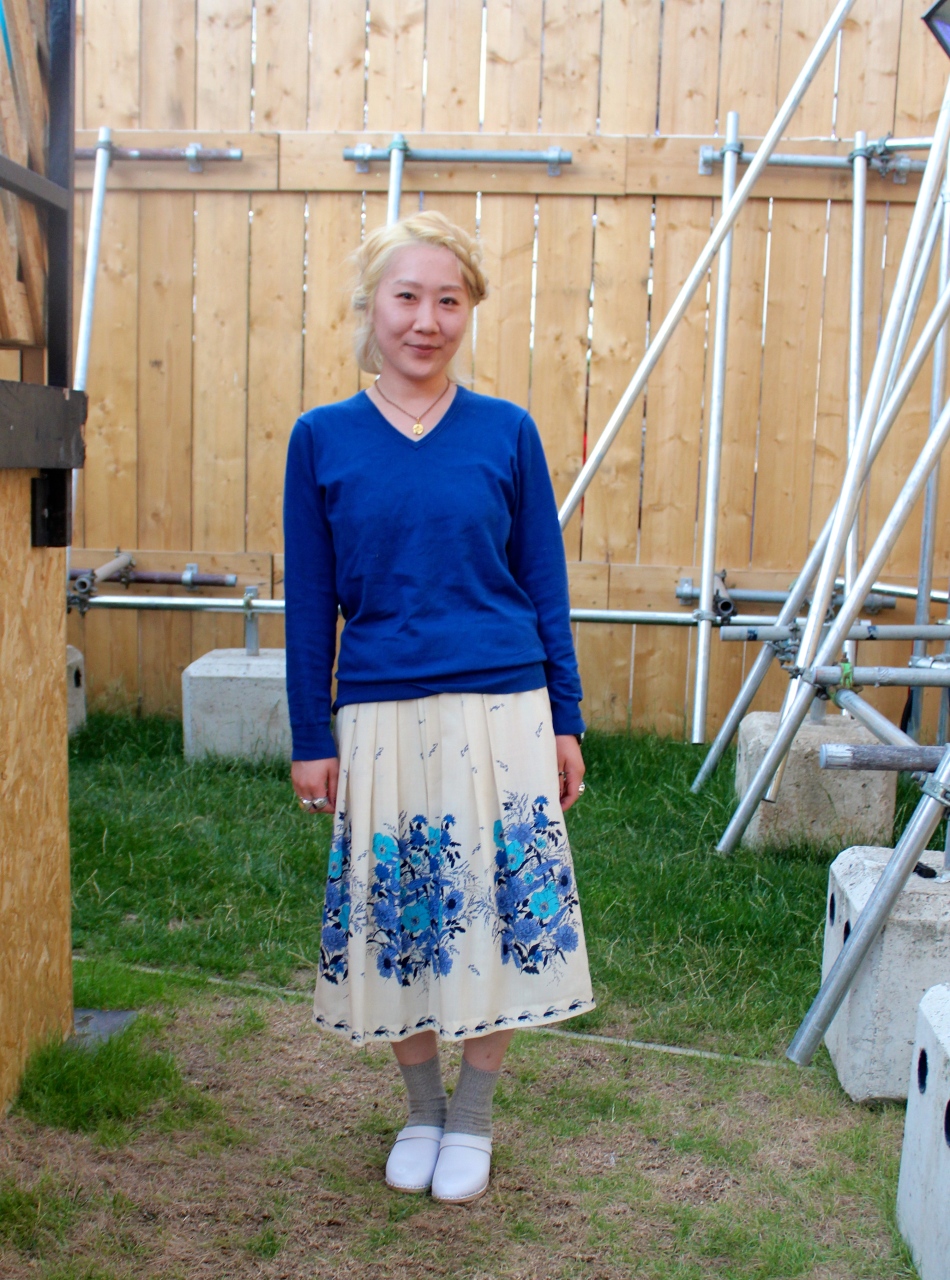 Everyman Cinema have curated an excellent mix of crowdpleasers. You won’t find anything too offbeat. Classics like Breakfast at Tiffany’s, Manhattan and Ghostbusters, to more modern fare like Drive and Wolf of Wall Street. Standard tickets mean you get a bean bag (quite comfy actually) and a premier ticket gives you slightly more comfort and shelter from the elements. Headphones are provided to all, as music in the main food and drink area is being played simultaneously. For full list of films, check out their website. 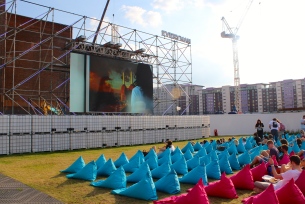 I went to see Ghostbusters, which obviously needs no introduction.

I was struck by just how funny it actually is. So great to revisit a film years later and discover a whole new layer to it. The wit was obviously lost on me as a child!

In true Great British weather style, it did piss it down for about 15 minutes which was actually quite refreshing as it had been so very hot all day long. Umbrellas were handed out and the people who booked a covered booth style thing were just chilling.

Pretty good cocktails courtesy of Rotary Cocktail Bar; I had a grapefruit slushy thing which in the hot weather was much welcomed – strong stuff though, so be wary.

People pitched up in the various open spaces with drink and food in hand.

They did however have a dedicated sit down bar area (Rum Rooftop) where we chilled out post film. 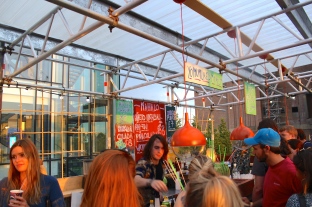 I ordered a watermelon cocktail. It was so sweet it tasted a little artificial but I’m pretty sure it wasn’t as people were drinking cocktails from watetmelons, pineapples and coconuts.

Crazy good vibes all in all and if you haven’t been already, just go. Tickets can be bought here